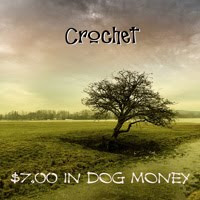 Quick trip to Kent (as you do) this to see Daughter the First (and only, as it goes) cos it's her Birthday tomorrow, Monday.
It was also Mrs Pedro's birthday today (Sunday) so we celebrated two birthdays in the Garden of England....and it was very nice too.
Mucho technology around too since Mrs P had a Nintendo 3DS which is, frankly, jaw-droppingly brilliant. It looks terrible when viewed from out of the sweet-spot but in the right place you get a surprisingly effective image. Quite how well this will end up being used by games writers in the future remains to be seen but it could be amazing.
Miss Pedro had a Sat Nav which is whizzier than mine (in many ways) and I spent some time with her working out how to get her car's voice recognition system to drive her iPhone.
So, int tecnology billiant! :o)

Plus, this weekend saw the return of the genius Jem Godfrey to the virtual realms - marvellous to read his blog and hear that he is working on new music, not Frost* - but that doesn't matter, that chap is a natural crotchet charmer and I look forward to whatever he does with much interest.

Right, I think there's 40 winks around here somewhere with my name on them.
Goodnight!
Posted by Pedro at 15:39 No comments:

I've not been in here much at all...no time really. Crikey look at the dust...
Reading absolutely everything on 5 forums and keeping up to date with Twitter and Facebook kind of does for all my free time really.
Daft really....could be doing so much more.

Anyway, what has been happening?

A lovely Christmas was had by all here. The lovely Mrs Pedro tried to sate my gear lust by ordering the Sonar X1 Producer upgrade and the Spectrasonics Trilogy to Trilian upgrade for me as Chrimbo pressies. Neither arrived in time, sadly.

The Dolphins at Dolphin Music appear to be dragging their flippers a bit - blaming the weather - but I'm not sure the weather is much of an excuse now. The Trilian upgrade order got a bit lost (not their fault) but once correctly placed the discs made it all the way from Las Vegas to here in Nottingham in just 3 days so, unless Sonar is coming via a pretty torturous route, I reckon the weather has helped to excuse some supply chain issues here and there.

Anyway, gr8gonzo's radio show "Experiments in Mass Appeal" on The Dividing Line Broadcast Network this Saturday (9pm-Midnight) is a Frost*ie special and will include some contributions from Frost* forum inhabitants. I've submitted a little audio "cartoon" which might (hopefully) raise a smile.

Right, must go back and help Trilian to shovel its 35GB of sample data into my PC!
Posted by Pedro at 14:13 No comments:

It was a total, total head-feck to learn how to use it and I was just about getting good results with it when the bomb-shell of the threat of redundancy hit in the middle of last year. Then I lost interest in the project for some reason...

Now, with the threat of redundancy lifted (as much as it can be these days), I am desperately trying to pick the flippin' thing back up again...but it's not proving to be easy. The interface is so counter-intuitive...I mean, right-mouse-button to select things?? Jeez... 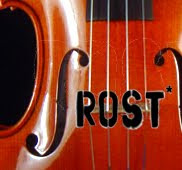 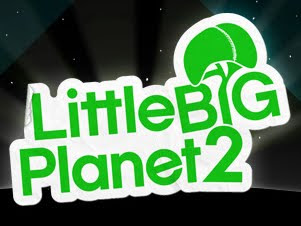 It seems that MediaMolecule, them geniuses wot made Little Big Planet are at it again...

...and, it seems that pretty much everything I asked them to add to LBP (and waaay more) is going to be there (I'm not saying it's anything to do with my request but I'm chuffed anyway) so that is going to be one absolutely essential pre-order and a whole sink full of time lost to having some fun pushing the boundaries with that. Now if only there was a piece of music that I already have an idea for...oh, yes, so there is... :o)
Posted by Pedro at 10:32 2 comments: